February is typically the coldest month of the year here in Florida. Unfortunately, similar to last year, this month was uncommonly warm. It was great weather for the beach, but I do wish some of the cool weather crops had experienced some cooler weather. Still, this month was well spent preparing for the spring season and I’m super excited to share everything going on in the garden with you! 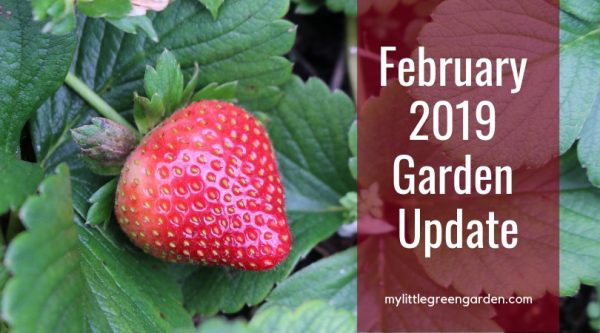 With the unexpectedly warm weather, February turned into a transition month to really get things ready for the spring season. Fewer crops were growing, some were pulled out to make room for the new season, and a whole lot more were planted! 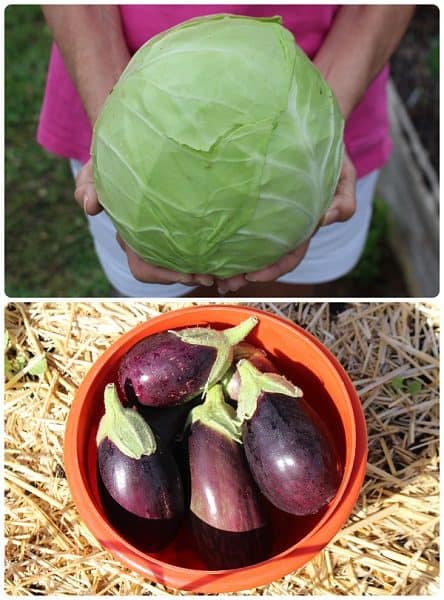 The big harvests we had this month were eggplant, cabbage, and strawberries. 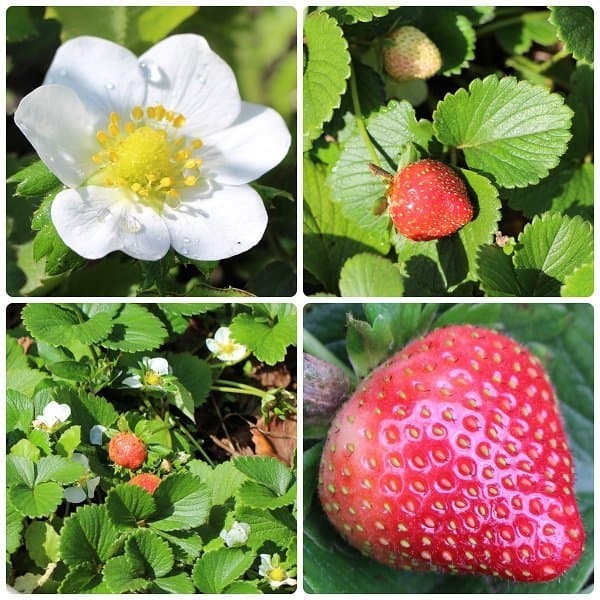 The strawberry plants are continuing to produce a lot, and the blueberry blossoms have started to form fruit as well.

What I’m extremely excited for this month is my Meyers lemon tree! We’ve got blossoms, people! I’ve had my little Meyers lemon tree for a year or two now without any blossoms, so this has been a special time of sticking my nose into a thorny patch and smelling the sweet lemon blossoms. Ah, life. 🙂 Isn’t it grand? 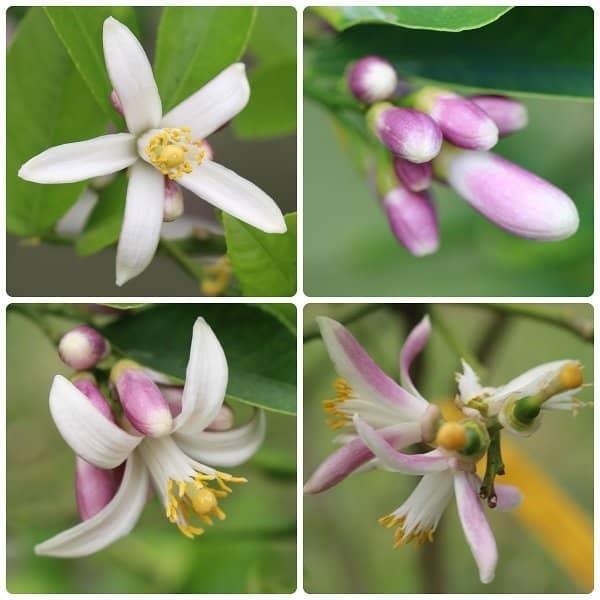 The tomatoes, peppers, and eggplant are continuing to grow in their own little peat moss pots and I recently started hardening them off. This year I’m trying something new and growing my tomato plants in my raised beds instead of pots.

Here’s what was growing in February here in hardiness zone 9b:

Flowers: Mums, Mexican heather, and roses. A handful of other flower seeds were also started.

This month a lot of time was spent getting things ready for the spring season. Weeding, trimming, composting, adding mulch and a ground covering. Everything is set except for some marigolds to alternate with the Mexican heather around my raised beds.

The Mexican heather around the beds was trimmed considerably this month. The dead branches were removed to make way for new tender shoots. Mexican heather can be grown as a perennial in hardiness zones 9 and above (when covered during frosts), and as an annual in cooler climates. This is unlike marigolds that don’t last during our cold snaps.

We also had a few garden friends who visited and kept watch over the garden this month. They were kind enough to also have their glamor shots taken. Bluebirds are among my favorite. 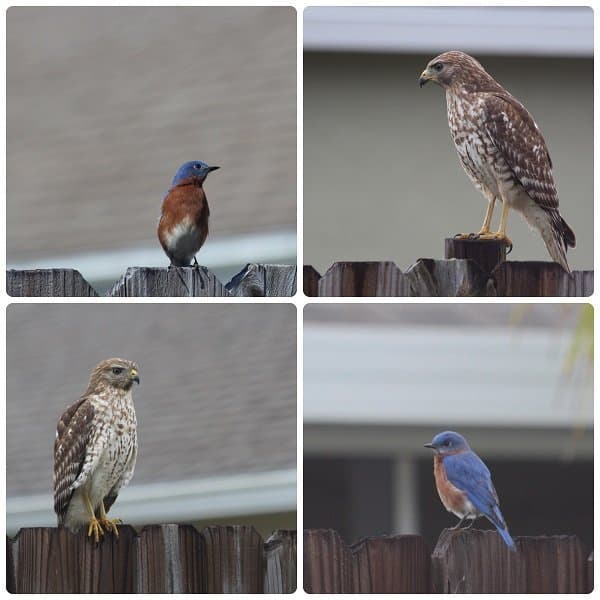 After everything was weeded and trimmed back a layer of my favorite stuff – Black Kow Manure – was added to each of the raised beds, pots, and flower patch. I typically add this twice a year – at the beginning of the spring season and fall season. 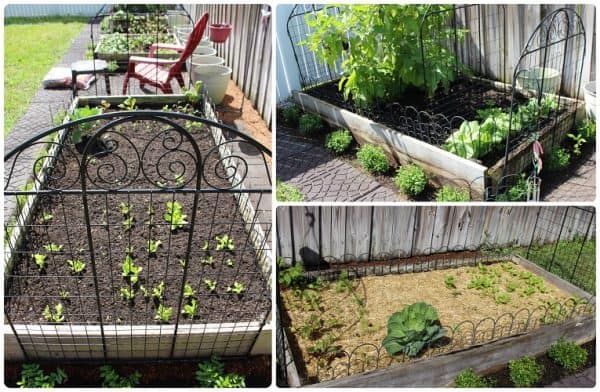 FloriMulch from Lowe’s was added behind the raised beds to keep weeds at bay, and another bag will be added around the raised bed perimeters once the marigolds are planted. This is my personal favorite because the wood chips are typically small and its a bit more natural compared to other options.

I also decided to try something new this season and add a different kind of ground cover. I tried mulch before where the wood chips were pretty heavy (not FloriMulch) and I found it leaching a lot of the nitrogen from my soil. Fresh wood chips are supposed to be really good as a garden cover, but I haven’t gotten my hands on that as of yet.

This season I’m trying straw. I heard multiple raves about it so I decided to give it a shot – I’m using something called EZ-Straw and this stuff goes a long way. Like, I covered everything and I still have 80% of the bag left! I’ll be excited to share more of a review of this as the season progresses – it’s supposed to keep the ground cooler and allow the soil to retain it’s moisture for longer, while also keeping weeds at bay. And for anyone growing strawberries – it also keeps your fruit elevated from the soil and therefore dryer – since no one wants a strawberry laying around in soggy soil. Trust me.

This month I also made an impulse buy of a new seed starter tray. This is, of course, in addition to my other tray of seedlings that are hardening off and eager to get transplanted. Because one can never have too many. 😉 I spotted this Pro-Hex Professional Seed Starting Tray at Lowes and decided for the $5 price I’d try it out. I was happy to see the 72-cell tray because I was looking for something compact. Now I could plant a lot of flowers to give them a head start without needing the amount of space I typically like to give my tomato seedlings. And so what if I had enough cells to plant an additional 6 tomatoes and a handful of banana peppers? I’ll find the room to plant them… somewhere… 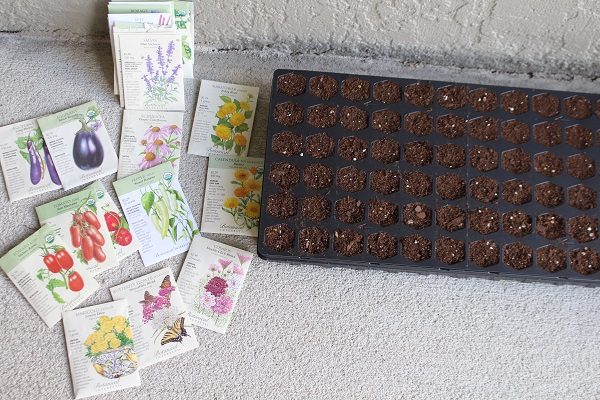 By starting seedlings indoors, or even on a covered porch where they can be brought inside it if get too cold, you can prolong the growing season an extra month or two. When temperatures start to rise here in Florida it prevents blossoms from setting fruit when nighttime temperatures don’t drop below 75°F. This is the main reason why I like to start growing my tomatoes, peppers, and eggplant indoors. I also find my flowers do better when I start them for a few weeks in some nice potting soil, away from the harsh elements.

It’s amazing how often I replan my garden layouts. I find it to be one of those repetitive necessities for me, like eating three meals a day. This month I printed out, yet again, the garden layout sheet from my garden planner to sketch out my new garden plan. (Sugar snap peas weren’t part of it last time, and I sure am hoping to get a few before it gets too hot). 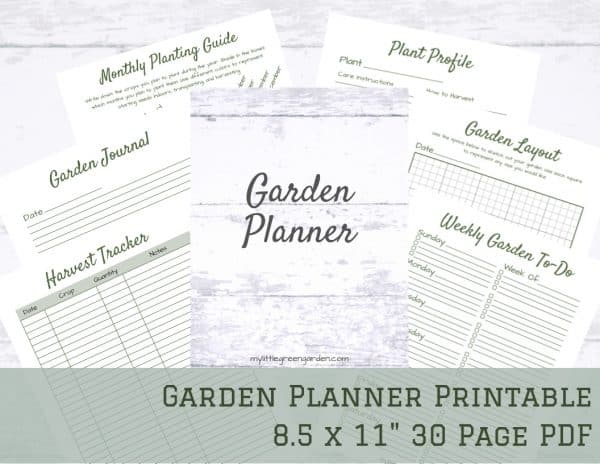 Of course, this month wouldn’t be complete without a few flower pictures from the garden. The yellow flower below is calendula, which I had growing for many many months before it finally bloomed. They’re edible flowers, but I didn’t have the heart to pick it.

With February coming to a close, the countdown begins.. 20 more days until spring! Not that it really matters all that much here in Florida 😀 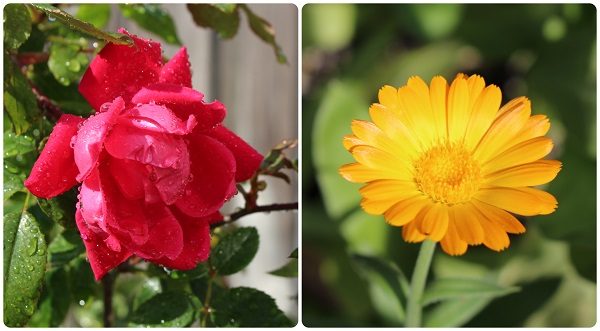