This was a hot, hot month. A fun reminder of why I have houseplants, and a/c, and ice-cream. June is typically the last month for most of my vegetables, with a few exceptions. Here’s June 2018’s Backyard Garden Update.

The last of the tomatoes were picked this month. I usually get more tomatoes in the fall. 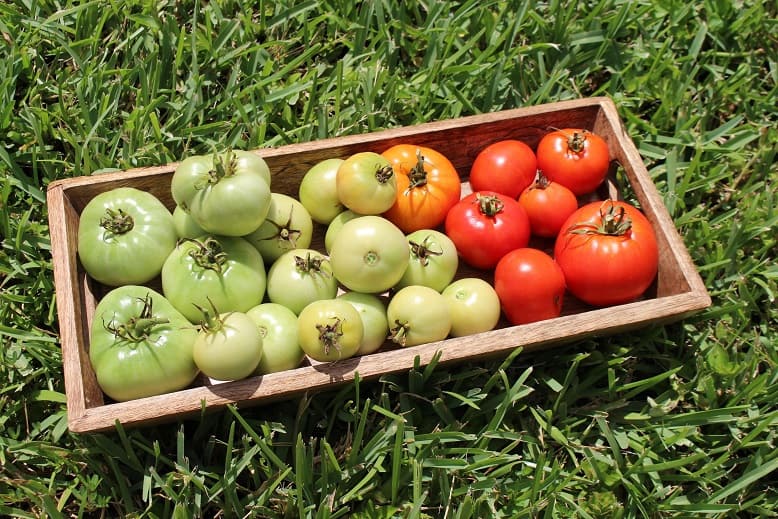 Hopefully, not all of the peppers were picked this month… but I’ll touch on that in a moment. Growing were bell peppers, banana peppers, jalapeno peppers, Anaheim Chili peppers, and Jimmy Nardello peppers. They’ve been looking pretty good under their Shade Cloth. If you live somewhere that gets warm, check out the post Using Shade Cloths in the Garden. 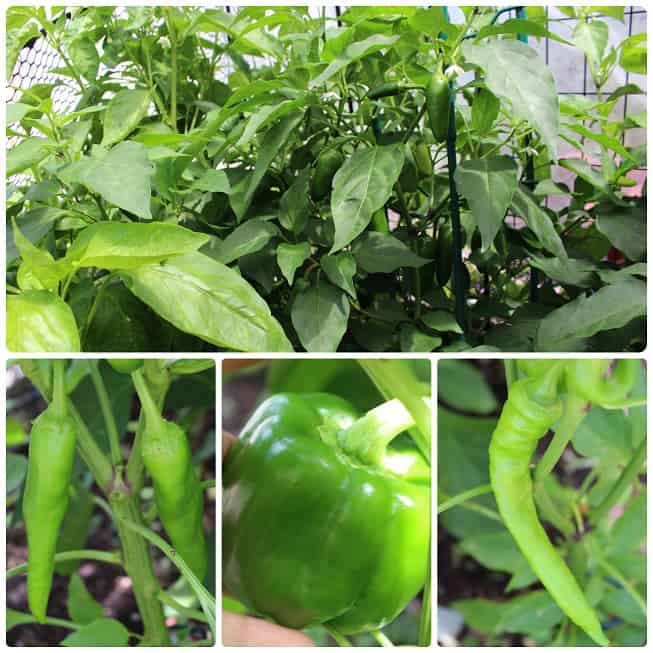 Some peppers, beans, and cucumbers were harvested this month. 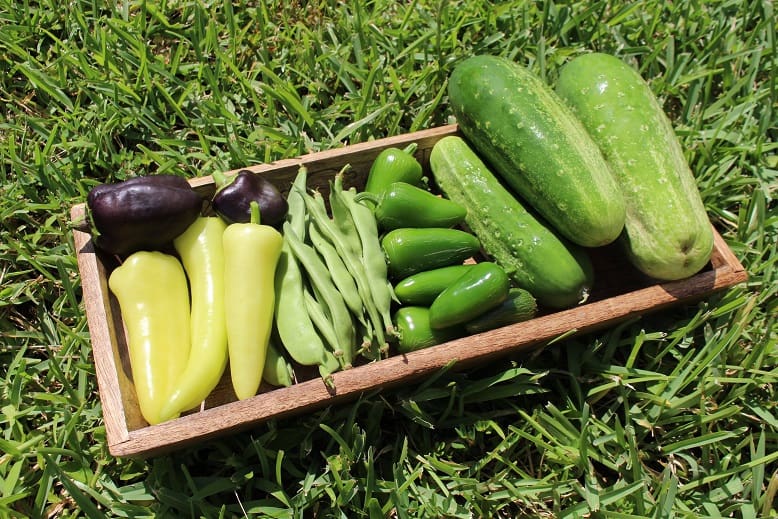 The last of the cucumbers were picked for this season and made into dill pickles and dill relish. 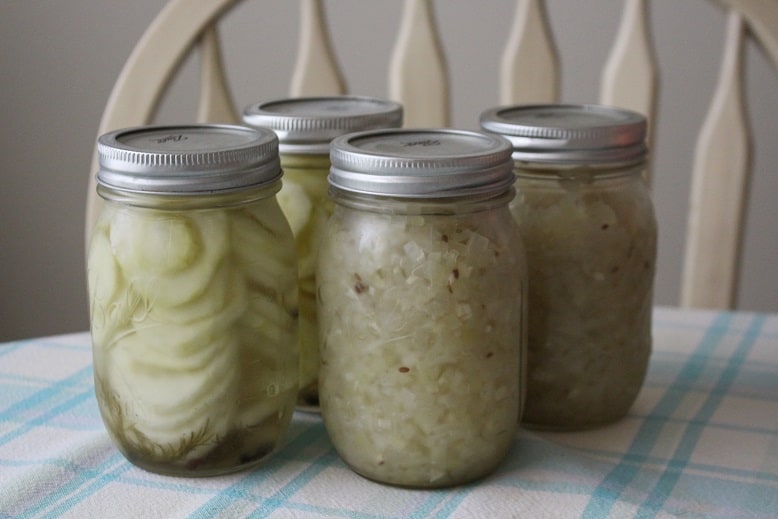 The little rodent that has been sneaking into my garden, unsure if it’s a mouse, rat, or vole, has been dubbed the pepper monster. Every pepper after my mid-month harvest was eaten – Bell peppers, banana peppers, chili peppers, and Jimmy Nardello peppers. And as for the jalapenos.. I guess it realized the seeds were too hot, so it decided to deskin them. Every. Single. One. Revenge for harvesting the last apple? Challenge accepted. I’ve since started spraying peppermint oil and will continue to up my game. 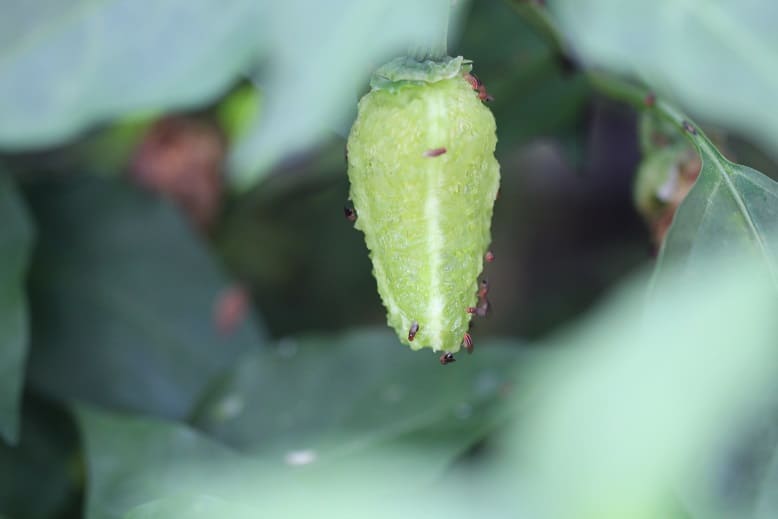 The tropical plants have been doing fabulous. The bananas look like they’ve grown twice their size. The limequat is fruiting all over. And I just potted my pineapple baby after rooting the top.

The raspberries have been doing great and were actually mostly left alone by the pepper monster. 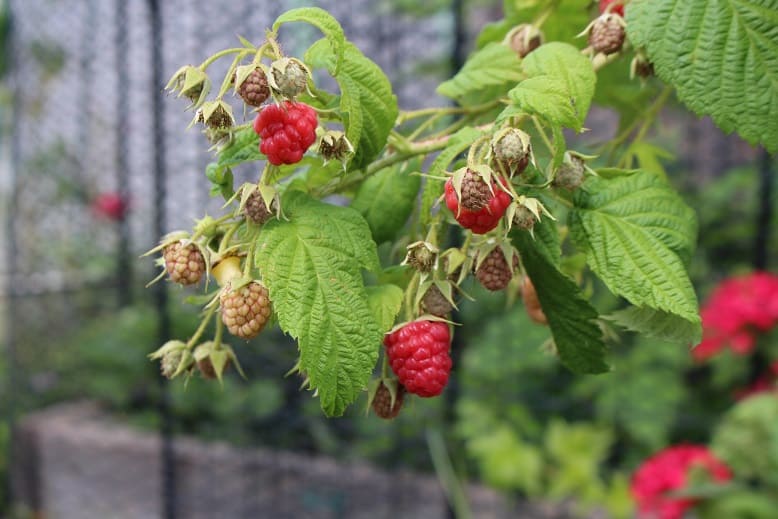 The rest if the bulbing onions were harvested this month, and some of the green onions have started to seed.

The flowers currently blooming this month are mums and zinnias. Three of the mum plants are looking a little rough right now and I doubt they’ll be putting off flowers for much longer. The Mexican Heather is doing fantastic and the pentas are holding up for now, but in my experience, they like the heat but not the soggy soil. Hurricane season, here we come.

While the garden definitely had its foe this month, it also had a beautiful friend – a giant swallowtail, named Buttercup.

Remember the ugly looking caterpillar from last month? I ended up keeping it in a butterfly cage, giving it the citrus leaves of my choosing, and within a month it turned into a beautiful butterfly. This was actually my first time getting to watch a butterfly metamorphosis and it was truly amazing. 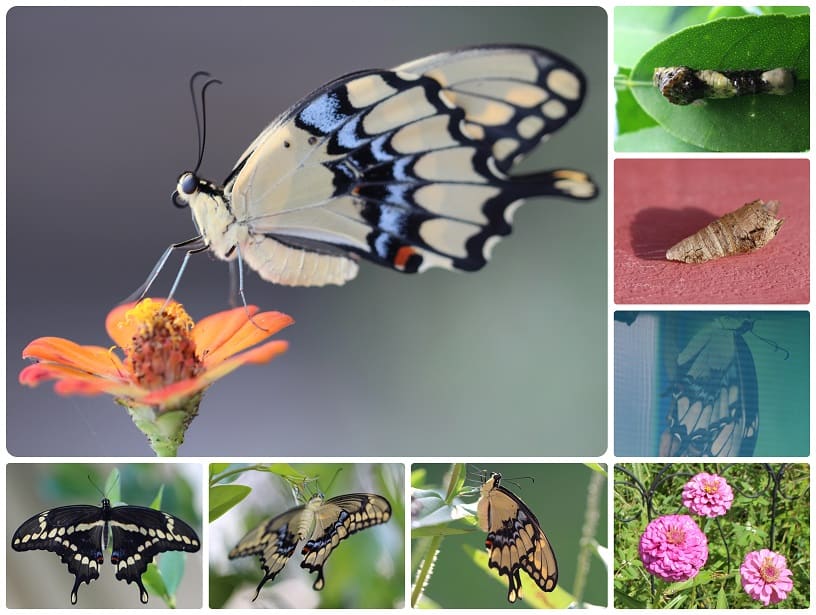 For the fact loving, I found this caterpillar on May 28th, it formed a chrysalis on June 6th, and started to break out of its chrysalis on June 20th during my morning yoga practice when I started to hear what sounded like paper rustling. From that point, it took an hour and a half before its first flight. Mission success.

As the June chapter closes, and July begins I am ready to start planning. July isn’t the best month to grow vegetables here, with a few exceptions, so it has become a favorite month of mine to plan. I love planning and getting a head start on some of my seedlings.