I am happy to share the October 2018 garden update. I’m also happy to admit the weather has finally gotten to the point where it’s a true joy to be outside. However, we did have to wait until the last week of the month to say that when highs were around 75 and lows in the 50s.

This October, highs were still mostly in the 90s, but the lows started to get cooler in the mid-70s and dipping into the 60’s. Average historical temperatures in my area here in Central Florida (zone9b) are highs of 85 and lows of 65 during the month of October.

This month we had a lot growing in the garden, both cool season and warm season vegetables,  fruit, flowers, and herbs. Here is the list below for what was growing during October: 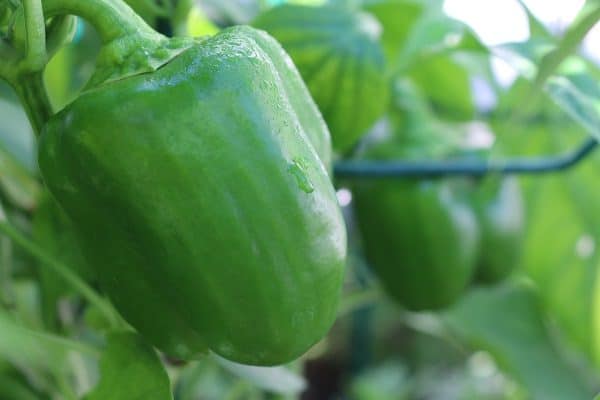 Fruit: Limequats, Meyers lemons, Key limes, bananas, strawberries, raspberries, and blueberries. We also have a couple of olive trees that have yet to produce any olives. 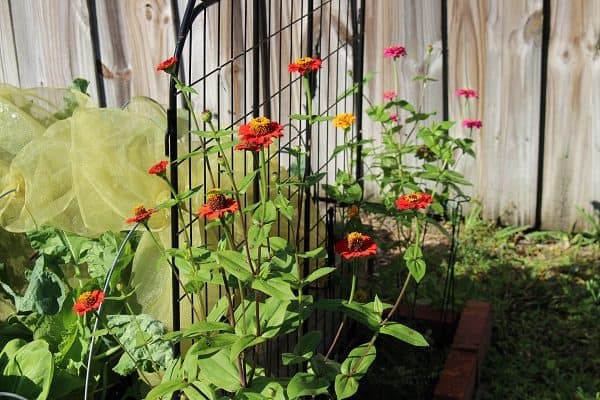 Beets, kale, and onions were also replanted this month. They didn’t germinate previously due to seed packets being past their prime. 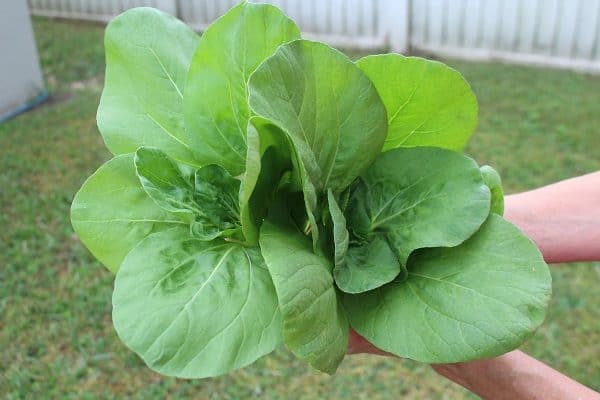 This month we harvested bok choy, banana peppers, and limequats.

Garden Products I Used In October

This month there were a few garden products that I used to help my garden. I continued to use shade cloths and row covers, along with maintaining my soil health with blood meal, bone meal, and marigolds. 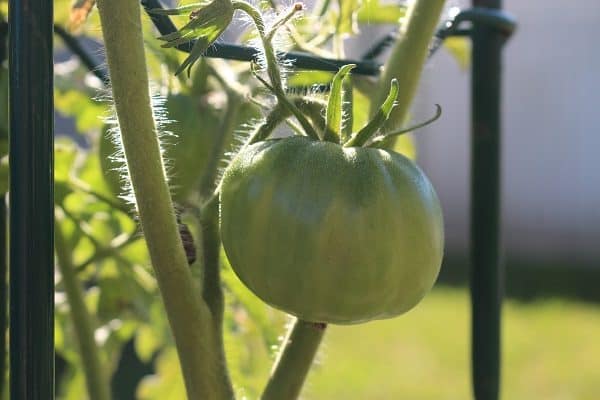 This was the last month I used my beloved shade cloths. The shorter days and the cooler temperatures no longer make the shade cloths needed. Shade cloths are great for warmer regions. They can be used to keep your plants cooler during hot summer months. They can also be used to keep pests at bay. You can learn more by checking out Using Shade Cloths. 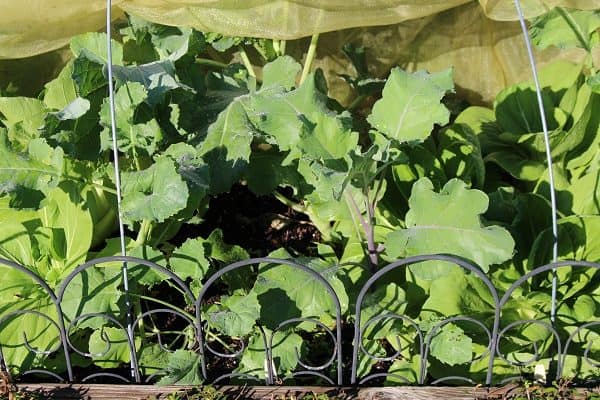 If you read my September Garden Update you’ll know that I started using a new row cover called Haxnicks Easy Tunnel – Giant Micromesh. I purchased 2 to cover my 8’x4′ raised bed, with each being 118″ L x 24″W x 18″H. Since September was the first month I started using them I wanted to circle back with an update of my experience with them. I’ve been very happy with the coverage my plants have been receiving, along with the light that it has allowed my plants to receive. I feel like my plants have gotten the proper amount of sun (possibly more than the shade cloths I use), while also protecting them from the heat of the sun. Now that it’s the end of October I will say that the broccoli plants are needing some more room for growth. Since the days are becoming shorter I may remove the row covers. 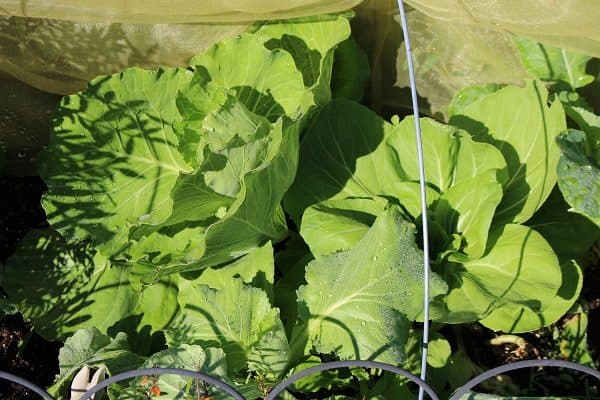 blood meal this month to some of my heavy feeders like my tomatoes, peppers, and eggplant. This organic fertilizer adds nitrogen back into the soil to help your plants become green and lush. It comes in a black granular form that you add to your soil. Blood meal can also raise the acid level of your soil, which lowers the pH level of your soil. If you’re interested you can check out more about using blood meal. 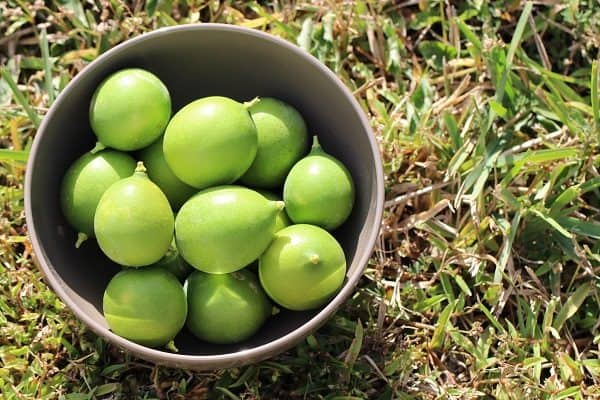 I also repotted my citrus and added blood meal to the soil at the beginning of the month along with our roses. The citrus leaves were starting to turn yellow. The larger pots along with the added blood meal have helped encourage them to produce new growth as well as turn back to a healthy shade of green. 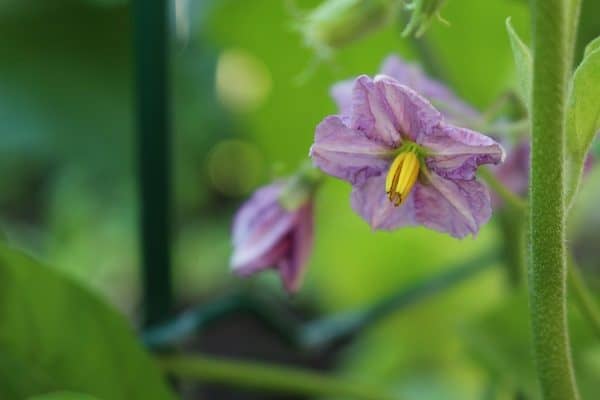 I also started to add some bone meal to the soil around my tomatoes, peppers, and eggplant because they’re starting to flower and produce fruit. Bone meal is an organic, slow-release fertilizer that can add calcium and phosphorus to your soil. This can help for flower production, root growth, and prevent blossom-end rot in fruit. If you’re interested you can check out more about using bone meal.

I feel like these guys were significant enough to also mention this month. I typically purchase marigolds from Home Depot or Lowes and transplant them. This year I purchased a couple different marigold seeds packets. These French lemon drop marigolds grew over 2 feet tall, which I was not expecting based on the seed packet description. The flower stems were actually pretty long to be used as cut flowers, but the reason I mention them is that they help with nematodes.

I pulled up one marigold plant among my pepper plants that was getting a bit gregarious and replanted it elsewhere. But first it was trimmed, and the branches were chopped into a mulch that was then tilled into the soil of my two raised beds to help fight against nematodes. This is something I wish I had done over the summer, but I am happy to be able to do it now in such a cost-efficient manner.

What I’d do Different Next October

One of my favorite parts of gardening is everything there is to learn, and how much you can really improve on year after year as you garden. Looking back, there are 2 things that stand out to me that I would do differently next October. First, I would double check the dates on my seeds packets to see if any need to be repurchased. I personally prefer to use my seeds until they stop germinating versus having a hard cut off date. Some seeds hold up longer than others. Onions seeds, however, don’t hold up well for more than a couple of years from my experience. I had to replant my onions, beets, and kale.

The second thing I would probably do is soak my beet seeds 24 hours ahead of time. The seed packet recommended this. While I don’t think it’s necessary, I do think it helps, especially when you are planting during a drier season. My first round of beets didn’t take, but my second round did.

That’s it for My Little Green Garden. Do you have something growing in your garden this month? Comment below!