This Eggplant Parmesan Recipe is my favorite, and I’m so excited to share it with you! 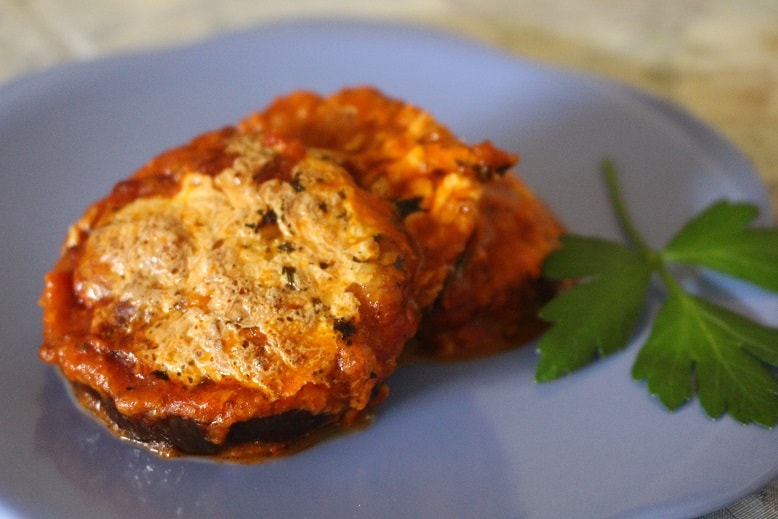 Eggplant Parmesan is famous in southern parts of Italy including Calabria and Sicily, though it was first mentioned by a chef in Naples.

Neapolitan chef, Vincenzo Corrado, published an eggplant dish in his book in 1786 with baked eggplant covered in parmesan, spices, and cream sauce. About 50 years later, another Neapolitan chef, Ippolito Cavalcanti, published a book in 1837 with the baked eggplant dish including parmesan and tomato sauce, when tomatoes were becoming more popular in Italy. This is the version that we are more familiar with.

The recipe I have here serves two, but can easily be doubled. 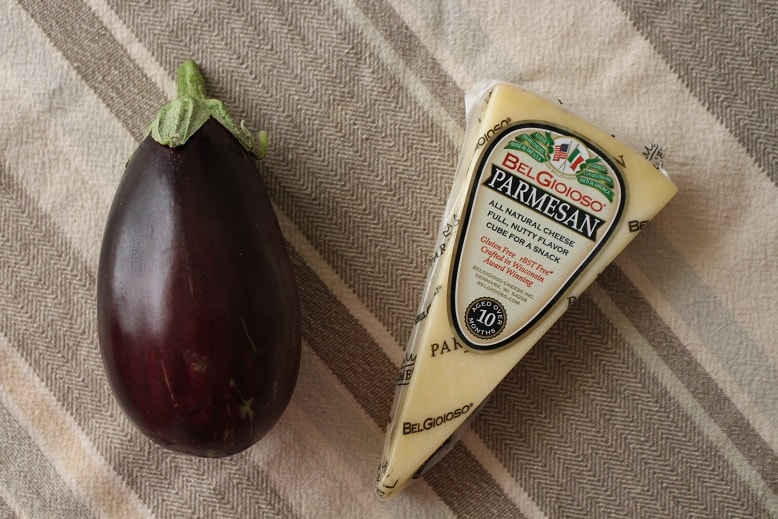 This Eggplant Parmesan Recipe takes a bit longer than others, so make sure you have about two hours to set aside (I promise, a good portion of that time you can be doing something else).

Be sure to rinse your eggplant before starting. I recommend organic eggplant because of the thin skin. Pesticides can interfere with the flavor. Once you’ve rinsed your eggplant, slice it to have round discs about 1/4 of an inch thick.

You’ll want to grab a few paper towels and salt your slices on both sides and then lay them down on the paper towels. Place a few paper towels on top and set something on top of that to apply a bit of pressure (bowl, plate, small child.. Just kidding). Let the eggplant sit there for 20-30 minutes. This pulls out some of the moisture and removes the bitterness of the eggplant that our pre-18th-century comrades disliked so much. 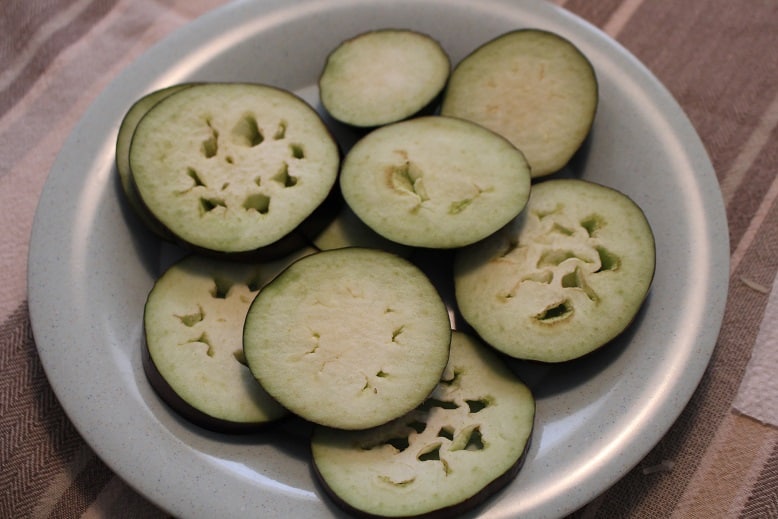 While the eggplant is sitting there, this is a great time to get your parmesan station ready. Grate your parmesan cheese and slice your fresh mozzarella into some thin slices. Set your oven to 350 degrees.

Gather three bowls and set them side-by-side. In the first bowl, you’ll want to add some flour. You probably want at least 1/2 a cup. If you run out, you can add more. There’s really no science to this, you’ll just be dipping your eggplant slices into it (but not yet).

The second bowl will have an egg, beaten.

The third bowl will have a mixture of half bread crumbs and half Parmesan.

Once 20-30 minutes have gone by, use some more paper towels to brush the eggplant slices off (don’t wet them).

Start to dip the slices into the three bowls – flour, then egg, then breadcrumbs. The flour helps the egg to stick, and the egg helps the breadcrumbs to stick. 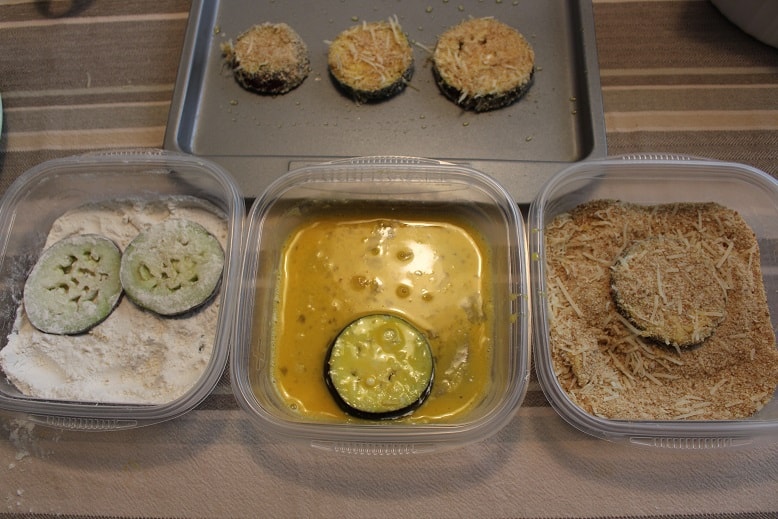 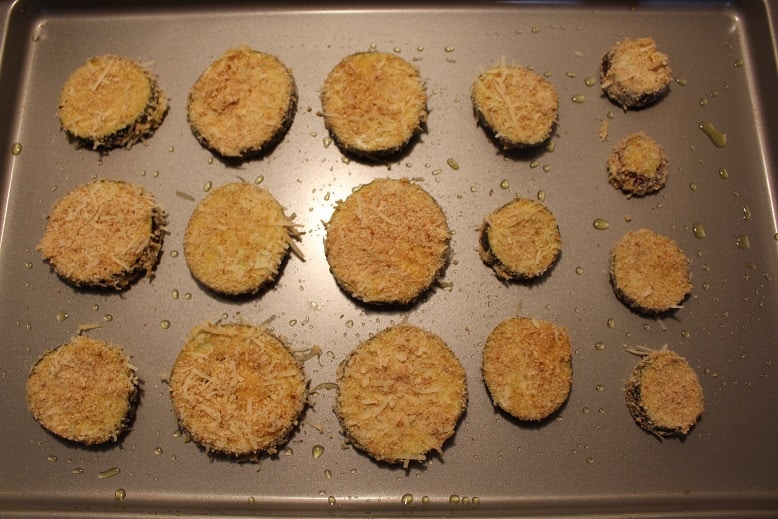 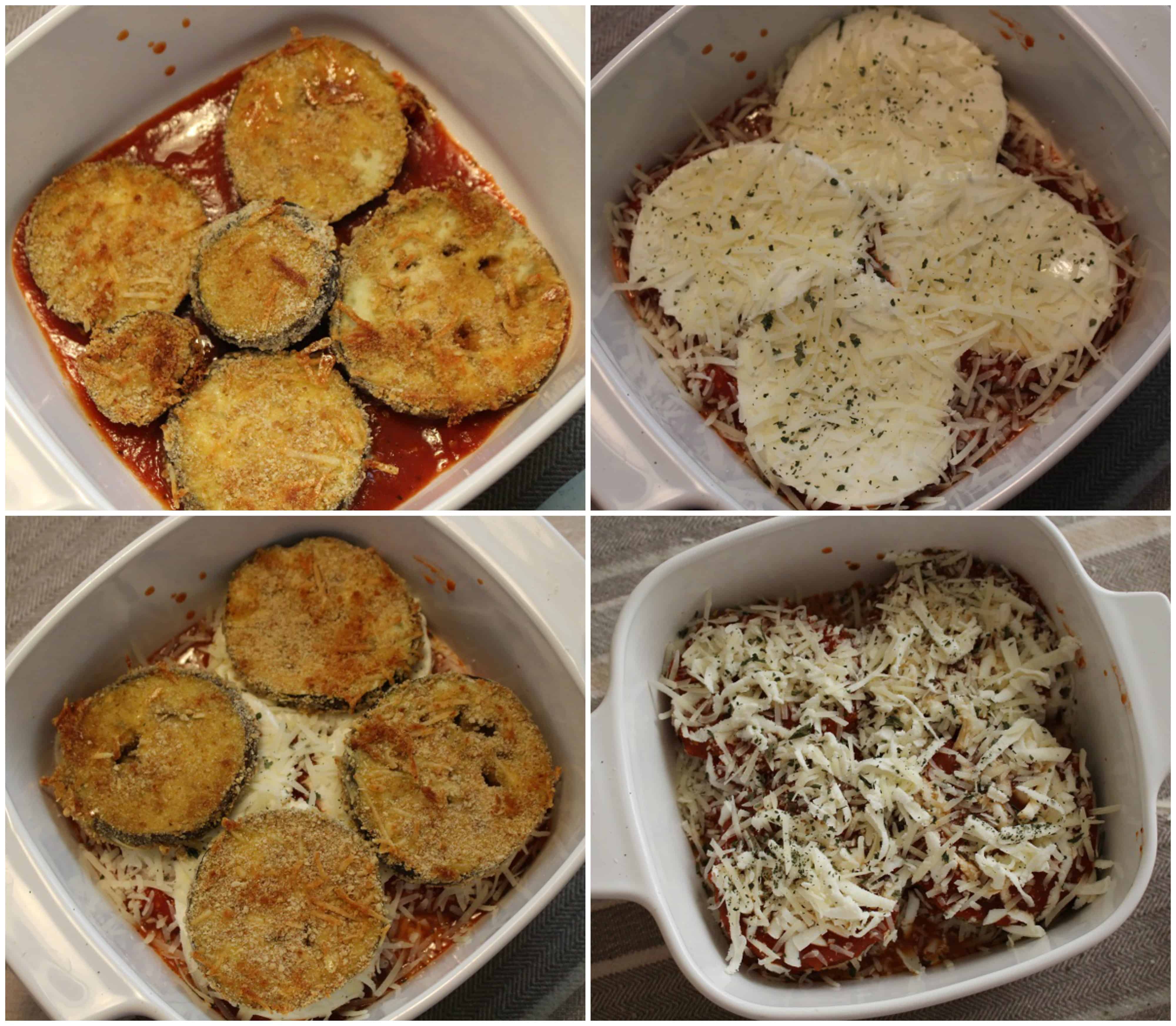 Add some basil and/or parsley on top and then cover your dish before putting it into the oven. Leave it in for 60 minutes and then remove the cover for the remaining 10-15 minutes. You can fork your eggplant to see if it’s soft. 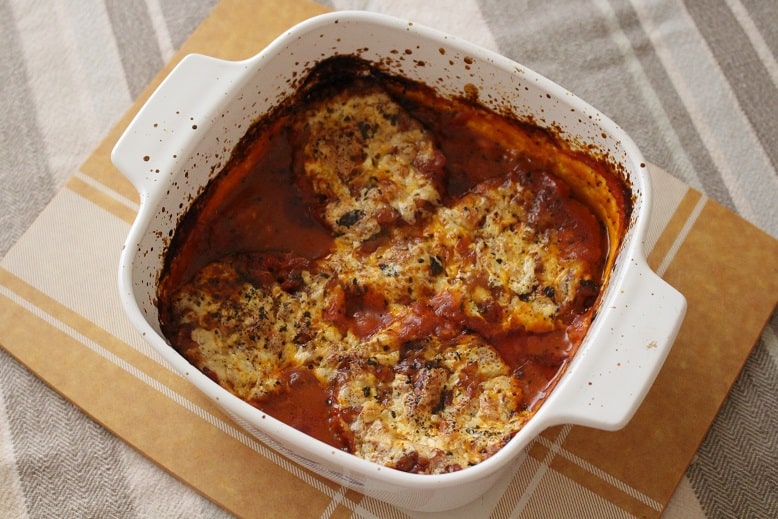 Take it out and let it cool! No sense burning your tongue right before you get to enjoy this little piece of heaven.

I hope you enjoy this Eggplant Parmesan Recipe as much as I do!